BankUnited, N.A., a wholly-owned subsidiary of BankUnited, Inc., is one of the largest independent depository and lending institutions headquartered in Miami Lakes, Florida based on assets. BankUnited, N.A. serves businesses and consumers through over 100 branches in Florida and New York. BankUnited has more than $15 billion in total assets as of December 31, 2013 and is one of the most well-capitalized banks in America. In 2013, Forbes ranked BankUnited as the 8th best bank in the U.S.

In September 2011, BankUnited, N.A. earned a five-star rating from BauerFinancial and has maintained it without interruption since first becoming eligible.
In September 2012, BankUnited was ranked #1 on the South Florida Business Journal’s list of “Top 25 Community Banks” which was based on total assets.
BankUnited is ranked # 1 publicly-owned, mid-sized bank in America on Bank Director magazine’s “2013 Bank Performance Score Card,” an annual national survey of the largest U.S. banks, August 2013.

Related Projects
ABOUT US

Main Street, the social hub for Miami Lakes and the surrounding community, is comprised of restaurants, retail shops, apartments, offices, Miami Lakes Hotel on Main, CMX Theaters, Main Street Playhouse, and civic facilities, including the Town of Miami Lakes’ Government Center. Developed by The Graham Companies, Main Street has been recognized in many national publications, including both academic writings and business articles for being in the forefront of mix-use development…. Read More

We're not around right now. But you can send us an email and we'll get back to you, asap. 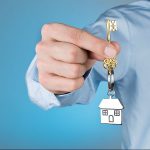 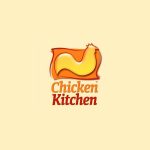